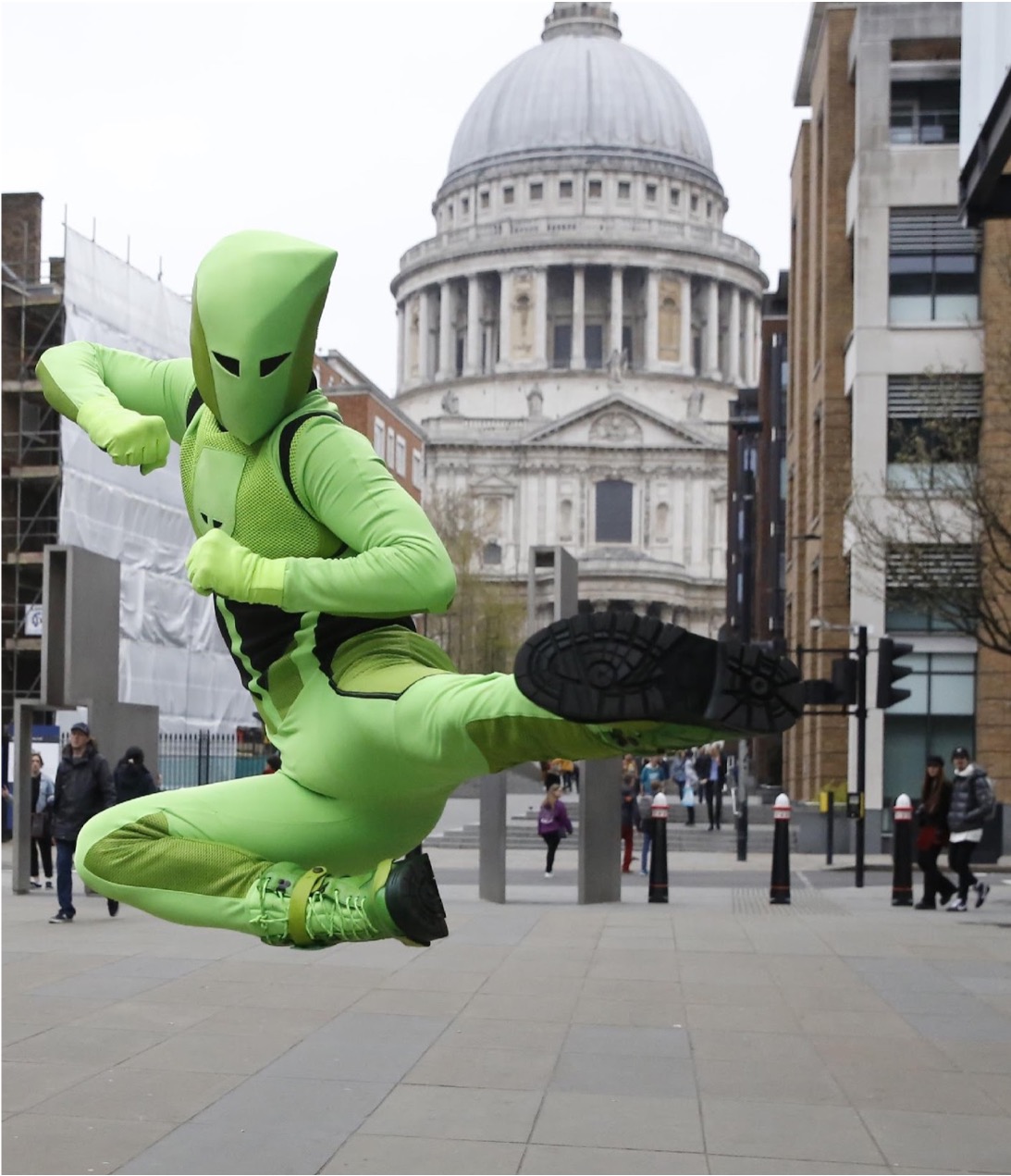 We were hired with one objective - to make Green Man Gaming, one of the biggest digital gaming retailers in the world (that no one has heard of) famous.

From profiling the CEO and hosting media pub quizzes, to driving coverage of their sales and their game releases in their publishing arm, we work across the board with them.

We wanted to raise the profile  by putting  a face to the brand, after all, there is a face in the brand logo, so we created the Green Gamer,  a non-binary character, who championed gaming for good, with a cheeky personality.

We recruited a costume designer and a gaming illustrator to create a shortlist of costumes for the Green Man Gaming current fan base to vote for, the winning costume was picked and made into a real life superhero.

We took the Green Gamer to  London’s Games Festival, EGX Rezzed and MCM Comic Con, getting selfies with cos-play fans.

The Green Gamer engaged with over 5,000 people at the events and also featured in a series of social media content built around the character including a Where’s Wally style game.

We secured commentary pieces and profiles features of the CEO including BBC World Business and the Independent View from the top.